All right Panthers, we did it! Four months of higher education tested your focus, versatility and endurance, but you rode them like a champ. 2016 also tested your patience, character and overall faith in the world. You’ve earned a break, a recess to reassess your future, evaluate your performance and set new goals . . . and binge TV like there’s no tomorrow. To help you with the latter, here are the top 3 shows you need to catch up on while you enjoy your winter break.

With Game of Thrones coming to an end soon, HBO had been working on some time on its next big show to present to its dedicated clientele, and boy, it did not disappoint. Westworld is hard to summarize, but I’ll try: in the near future, humans have created the ultimate attraction: a cowboy themed park populated by androids (called hosts) programmed exclusively to give visitors (guests) the adventure of their lives. Picture Grand Theft Auto in the real world, where you get to do anything your twisted heart desires.

The park has run smoothly for over 30 years, but the seams are starting to show. The hosts keep getting more advanced, and some of them are starting to challenge their programming. Westworld is a roller-coaster of a show, but it also indulges in compelling explorations of what it means to be alive, if there is such a thing as free will and the nature of human consciousness.

Plus it has Anthony Hopkins as a mad scientist.

Another TV behemoth is Netflix, on the rise thanks to the incredible original series it has been producing these last few years. Sense8 is one of these, and it is criminally underrated. Sense8 revolves around 8 individuals from all around the world who are suddenly telepathically connected. It’s not as simple as hearing each other’s thoughts though. The connection means their senses get mixed up, their skills get pooled, their emotions shared. At first, it’s chaos. None of them know what’s happening and the phenomenon keeps interfering with their personal lives. But as they begin to understand how their ability works, they start to communicate more and develop a bond that’s stronger than anything they’ve had in their lives. I loved the show because it’s a great reflection of today’s world, the whole world, not just the West, not just white straight males. The show has an international leading cast (half men, half women), and characters representing different cultures and sexual orientations. In an attempt to be as authentic as possible, the show was shot on location in the 8 different countries the 8 characters live in. Perhaps it’s timely, with its positive themes about the importance of international communication and the common ground we share even with those we think are different from us.

This last one is a little different. Black Mirror is an anthology series that has a completely different cast and plot for each episode. Think of the show as a collection of short stories, rather than a novel. While all of the short stories are different, they all feature an overarching scenario: the dystopian and nightmarish situations our technology might create in the near future if we’re not careful. I’m not talking end-of-the-world scenarios like nuclear war or robot uprisings. I’m talking more subtle evils, like the influence of social media on our public opinion, our addiction to tech upgrades that make our lives easier, and us lazier, or the effect virtual and augmented reality might have on the only reality we know. This show is not for the faint of heart. Black Mirror is a fascinating horror/satire series that makes us take a second look at life in the 21st century. It takes its title from the black mirror your computer screen becomes when the power is turned off. 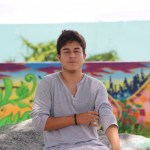