Nicola Gavioli is a Professor of the Portuguese and Brazilian Studies Program at FIU, with great passion for his work. Born and raised in Italy, he pursued a language completely foreign to him and made it his own. His rapid embrace led him to treasure not only the language but also the literature and cultural history, moving him to transmit the same passion to his students in the courses he teaches. Currently he teaches two film courses: Brazilian Cinema (POW 4390) and Brazilian Cinema and Human Rights (POW 4391) among a variety of other courses. 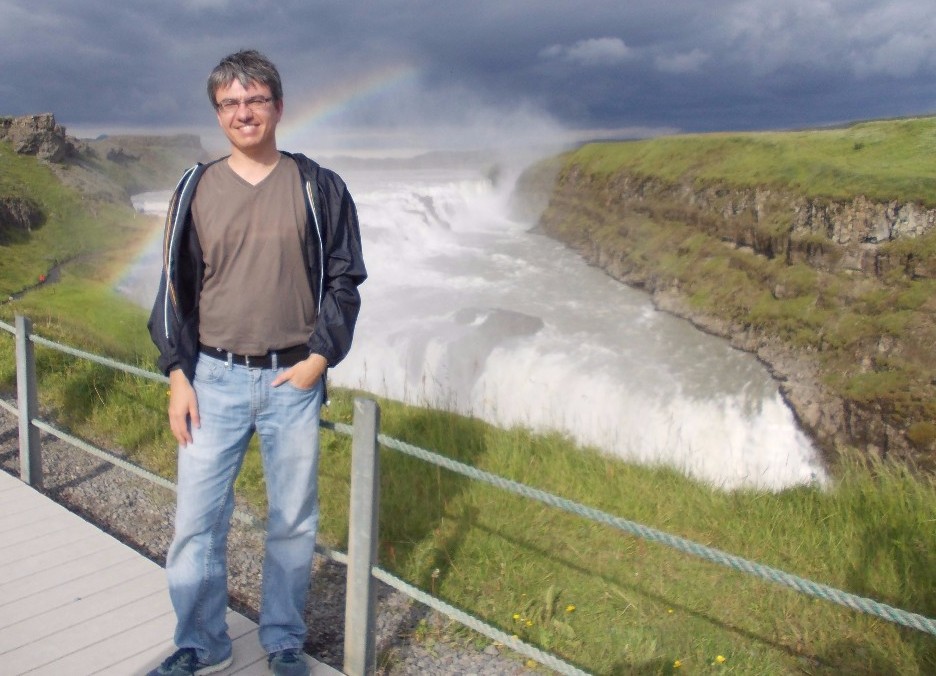 1. What led you to specialize in Portuguese and Brazilian Studies?

My experience with Portuguese and Brazilian Studies began when I was 19 years old and visited Brazil for the first time. I fell in love with the language despite not having any relatives or any other connections. It was pure curiosity. Then I lived in Lisbon for a few years and studied there as well. However, my decision to study Portuguese was defined by the lucky encounter that I had in the University of Bologna in Italy with the main professor of Portuguese there, Dr. Roberto Vecchi. Meeting him was key. At the time I knew literature was the field I wanted to specialize in but was unsure about the language. He was the turning point that led me to make that decision.

2. How did you first get involved in Film?

For me the door to film has always been literature, as I tend to establish bridges between the two.  During my younger years in Italy, I began to watch films and focus on the narrative aspect like the screenplay, literary devices, etc. Film and literature are also deeply in touch with Brazilian and Portuguese films. Brazilian filmmakers have always had special relationships with the written word and some movies of Portugal’s most famous director, Manuel de Oliveira, are adaptations of literary novels. This was a way for me to get more interested in film as I would see how the language and the imaginary was then transported and translated into images and screenplays.

3. With your passion for Brazilian Cinema, how do you feel about the growth of Brazilian Film in recent years?

Although in recent years the attention toward Brazilian films has weakened, in the case of Miami and New York, festivals in these big cities have promoted their growth. It’s a very good program that brings to the US interesting films, with two or three that stand out and circulate across the country. The organizers of the Brazilian Film Festival in Miami have been extremely generous with FIU because every year they offer free passes for my students to see the films. Viviane Spinelli, one of the directors of the Brazilian Film Festival, has also come to my class presenting her own documentary and will do the same this year. They have done a great job in promoting the program and reaching out to the students.

4. When teaching your course on Brazilian Cinema class, what is the main takeaway you want your students to leave the class with?

Going to movies. Specifically, I would like them to watch films that are socially engaging and contain information about historical time periods that will serve as gateways to foreign culture. In the case of Brazil, the best movies deal with dictatorship, documentaries and movies made by women directors.

5. What is your favorite Brazilian Film and why?

If I had to choose one it would be a Classic in Brazilian Cinema called “How Nice To See You Alive” (Que Bom Te Ver Viva). This is a film made by Lúcia Murat about dictatorship that mixes documentary and fiction. Although it has the main actress or protagonist, the movie also contains many points of view of women who were kept prisoner and tortured during the dictatorship. It is an important film to watch today because it talks about issues like authoritarianism, the role that male power has in Brazilian society, machismo, and the role of the women.