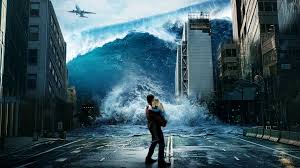 For a disaster movie that shows very few disasters, Dean Devlin’s Geostorm (2017) might be bad, but not a total nightmare of a movie. Gerard Butler plays Jake, the leading man and creator of “Dutch Boy”, a set of satellites designed to control earth’s climate. After a series of technical malfunctions, his brother Max, who now has been given control over the satellite operation, quickly discovers that the errors in the system are not a complete accident. With Jake sent to the space station that runs “Dutch Boy”, the two brothers work together in attempt to prevent a massive Geostorm. END_OF_DOCUMENT_TOKEN_TO_BE_REPLACED